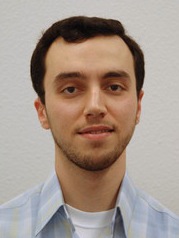 Mohammed G. Khatib is a Research Staff Member at HGST in San Jose, CA, USA where he works on non-volatile memories and storage energy-efficiency. Prior to that, he was a postdoctoral fellow at NEC laboratories America in Princeton, NJ, USA from 2011 to 2013, and at the University of Twente in the Netherlands from 2009 to 2011. He received his M.Sc. degree in Computer Science from the Technical University of Braunschweig in Germany in 2004 and the Ph.D. degree in Computer Science from the University of Twente in 2009. Dr. Khatib's research interests revolves around Green Computing. He investigates energy-efficient computer architecture and storage systems. He was a visiting scholar at the SSRC center at the University of California at Santa Cruz from January 2008 through May 2008. He was a program committee member and the publication chair of IEEE MSST 2010.