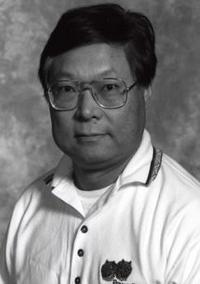 Dr. Du is currently a Qwest Chair Professor of Computer Science and Engineering at University of Minnesota, Minneapolis. He is the Center Director of a new established NSF multi-university I/UCRC Center on Intelligent Storage (joint with UC Santa Cruz). He was a Program Director (IPA) at National Science Foundation CISE/CNS Division from March 2006 to August 2008. At NSF, he was responsible for NeTS (Networking Research cluster) NOSS (Networks of Sensor Systems) Program and worked with two other colleagues, Karl Levitt and Ralph Wachter, on Cyber Trust (Internet Security) Program. In 2008 he was also assigned to CSR (Computer System Research) Cluster. Dr. Du receives a B.S degree in Mathematics from National Tsing-Hua University (Taiwan) in 1974 and an M.S. and Ph.D. degrees from University of Washington (Seattle) in 1980 and 1981 respectively. He joined University of Minnesota as a faculty since 1981.